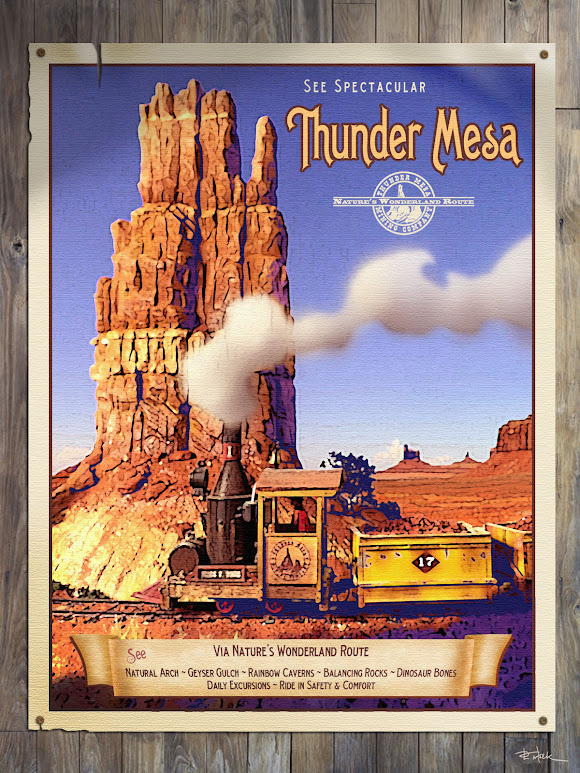 From the very beginning, TMMC management and investors saw potential for additional revenues that could be generated by offering tourist excursions on the line. The route to the Big Thunder and Calico Mines was indeed spectacular, being filled with curiosities and scenic wonders that defied description and challenged the imaginations of eastern city dwellers. Elias Homage, the companies founder and first president is credited with coining the term "Nature's Wonderland" to describe the area. In addition to being a clever businessman and promoter, Homage was something of an amateur naturalist in his spare time and made a hobby of cataloging the wonders along the line with an eye towards preservation. It wasn't long before colorful posters like the one above began to appear along main streets and depot platforms, extolling the amazing sites to be seen in Thunder Mesa country. With connections to the midwest via the Santa Fe Denver & Carolwood RR, curious travelers soon began to make their way west to see the marvelous canyon-lands for themselves. In later years, as mining revenue began to decline, excursion traffic became even more important to the continued survival of the narrow gauge line.

Illustration created in Adobe Photoshop with photos from the Lone Rock diorama.
Posted by Unknown at 10:12 AM