After a couple months away from working on the TMMC I figured it was high time to jump back in with both feet and get started on a major project again. Some version of Rainbow Caverns has been integral to the idea of Thunder Mesa ever since I first happened on the idea of freelancing a Disney-esque railroad. Until recently the Caverns have been an empty foam box that trains travel through, but now I aim to remedy that with scenery, animation, sound and lighting effects; creating a colorful underground world seldom seen on a model railroad. I won't try to recreate the Disneyland version scene by scene. Instead I'm going for something more like an homage that captures the feel of the original, along with a little of Knott's Calico Mine Train salted in for good measure.

Rainbow Caverns will be constructed as two separate scenes, each one executed like a small diorama. The first scene will be on the original section of layout almost directly beneath the town of Thunder Mesa. A second, larger scene will be built beneath the Calico Section once track has been laid through that part of the expansion. Since the track and most of the infrastructure is already in place for the first scene, I'll be starting there. 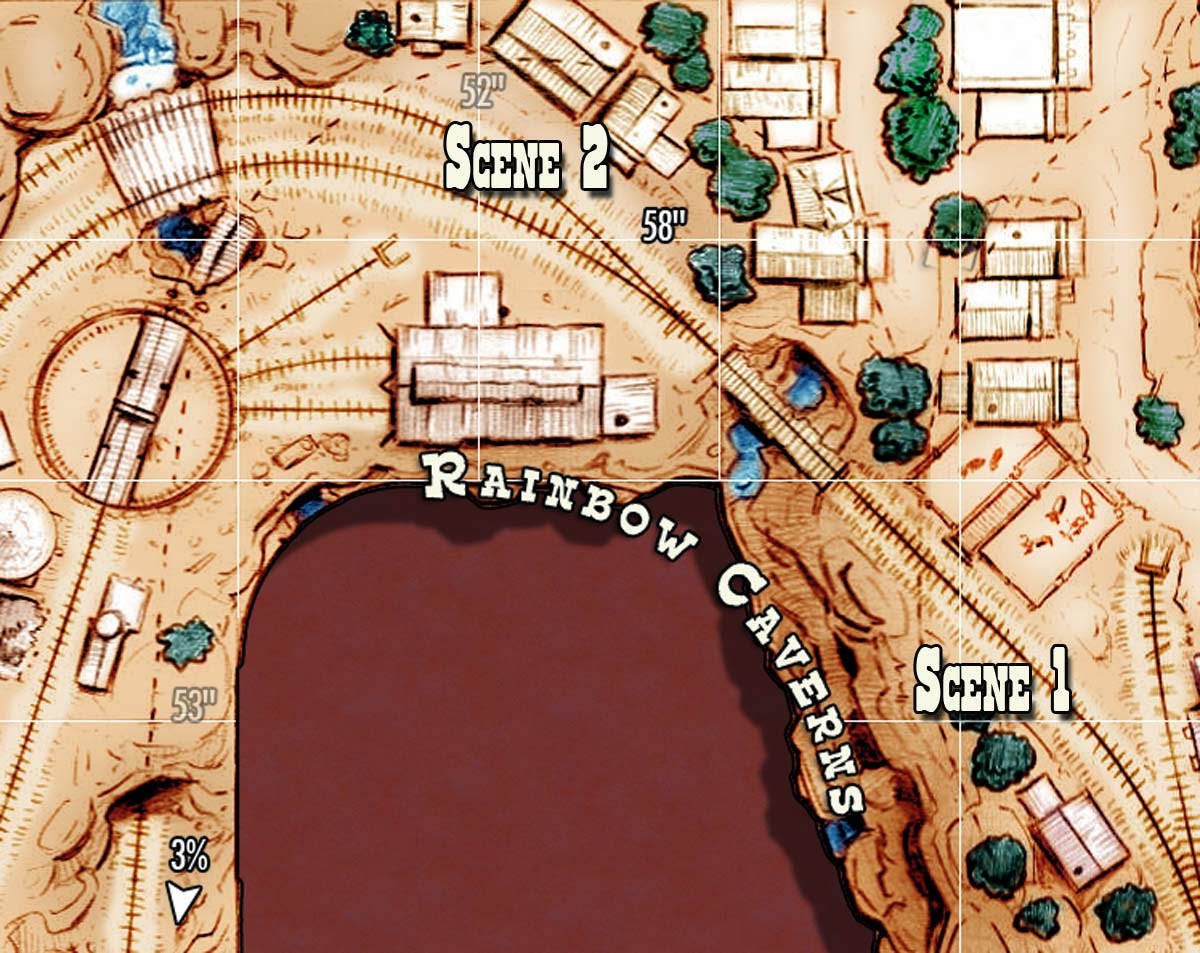 The area for Scene 1 currently has the exterior scenery roughed in with pink foam and the interior painted flat black. The scene will be viewed through cave like openings in the cliff wall and a large hunk of this wall can be removed for access.

A Backdrop for the Diorama

Scene 1 will be a classic "wet cave" with rushing waterfalls and a large chamber filled with stalagmites and stalactites. In addition to lighting and sound effects, one of the most important elements for making this shadow-box like diorama work will be a convincing backdrop. Since I'll literally be working "inside the box" in rather close quarters, it just makes sense to paint and install this internal backdrop before any more work is done.

On Down the Line

With the all important backdrop painted I can proceed with building the rest of the scene. Next will come some unusual subterranean rock formations carved from polystyrene foam and painted to blend with the backdrop. Then I'll try and tackle an animated waterfall with twinkling fiber optics. Should be fun!

Thanks for checking in. Adios for now!